Del Monte maintains its recovery thanks to a strong PH subsidiary 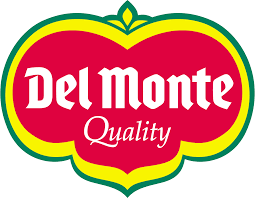 Del Monte Pacific Limited (DMPL) reported a net profit of US$18.3 million in the first quarter ending July of its fiscal year 2022, reversing the US$3.2 million loss in the same period last year.

In a disclosure to the Philippine Stock Exchange, DMPL said EBITDA reached US$75.0 million, a 77 percent increase from US$42.4 million.

The group significantly improved its margins by 600 basis points to 28.9 percent from better sales of higher-margin branded products in the USA and lower costs.

“Del Monte Foods’ turnaround last year has set it on a path to higher profitability as our team executes against our strategy of increasing higher-margin branded sales and reducing non-core sales,” said DMPL Managing Director and CEO Joselito Campos, Jr.

He noted that, “Our fresh pineapple exports to Asian markets have also recovered and delivered growth through expansion in offline and online channels. These crucial initiatives are reflected in the strong results for the first quarter and we are confident of sustained execution going forward.”

DMPL said it generated sales of US$462.1 million, up 12 percent versus the prior year period on higher sales in the USA and international markets.

The Group’s US subsidiary, Del Monte Foods Inc. (DMFI), generated sales of US$298.1 million, or about 65 percent of Group sales.

DMFI’s first-quarter sales increased by 11 percent on strong branded retail and foodservice which grew by a combined 17 percent, while sales of the low-margin private labels were reduced as planned.

The Group’s second-largest and most profitable subsidiary, Del Monte PhiIippines, Inc. (DMPI), achieved higher sales of US$176.0 million, up 20 percent versus the prior-year period led by international market sales.

This boosted net profit by 37 percent to US$25.6 million and EBITDA by 19 percent to US$39.9 million. DMPI benefited from the reduced corporate tax rate of 25 percent with the passage of the Corporate Recovery and Tax Incentives for Enterprises Act (CREATE) in March 2021.

More than half of DMPI’s sales are in the Philippines, with the balance in the international market.

Sales in the Philippines reached US$92.1 million, 2 percent higher in US dollar terms but 2 percent lower in peso terms, as strong growth behind the Convenience Cooking and Dessert segment was offset by a slowdown in the Healthy Beverages and Snacks category.

Beverage came off an exceptional quarter in the previous year. However, compared to the first quarter two years ago, sales in the Philippines grew by 16 percent in peso terms.

Growth was delivered by continued promotions of Del Monte products in everyday meal recipes for pineapples and tomato sauce, as well as new simple desserts with mixed fruits.