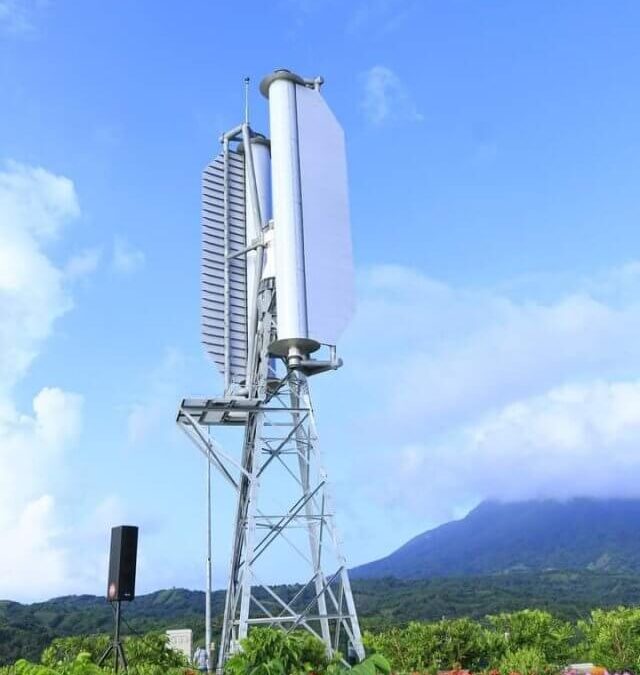 The newly installed system was made possible with funding support from the Government of Japan. Challenergy started working on the Batanes project in 2019. Despite the challenges brought on by the pandemic, its construction works were completed from April to August of this year.

Challenergy’s new wind turbine operates even in strong winds and promises a new energy opportunity for places with high wind potential but hindered by the risk of typhoons. The microgrid system utilizing this technology is expected to contribute to the improvement of energy access even during typhoons and to the betterment of the livelihood of the people of the Philippines.

In August 2020, Challenergy, Inc. signed a Memorandum of Understanding with the Provincial Government of Batanes (PG Batanes), represented by Governor Marilou Cayco, with the Municipality of Basco, represented by Mayor, Demetrius Paul Narag, and with the Batanes Electric Cooperative (BATANELCO), represented by GM Victoria Mata, to implement a demonstration project of the 10kW Magnus Vertical Axis Wind Turbine in Naidi Hills, Barangay San Antonio, Basco. This demo project is made possible by the Ministry of Environment of Japan.