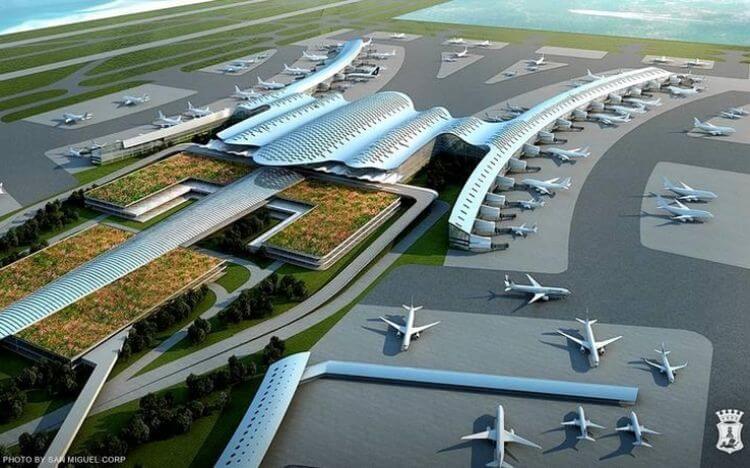 According to company president Ramon Ang, the country’s largest conglomerate hired a top urban planner and green architect Felino Jun Palafox Jr. to draw out the concept for the massive complex that would house the New Manila International Airport.

“I want to emphasize to our countrymen that what we are building is more than just an international gateway with four runways, with an infrastructure network to connect it directly to Metro Manila and many other points in Luzon,” Ang said in a statement. “The airport is just one component. What we’re building is the Philippines’ first truly green city of the future.”

The plan being drawn by Palafox calls for easily accessible public transport and a network of bicycle lanes that connect to a planned train system which will, in turn, connect the airport complex to Metro Manila.

Palafox said the city will be a “healthy city” and will be “walkable and attractive”.

It will have less need for security because it will be open and there won’t be too many walls around the city, which Palafox sees as encouraging crime, and contributing to the heat index, as they obstruct cross ventilation in cities.

The coastal area, or Manila Bay waterfront, will also be utilized for walkways, waterfront promenades, he said.

The San Miguel chief said that, apart from generating thousands of jobs for Bulacan and the rest of Luzon, the conglomerate will also clean up the environment, clear river systems to enable water to flow freely again and address flooding, and rehabilitate surrounding mangrove forests to enhance biodiversity and help mitigate tidal flooding.