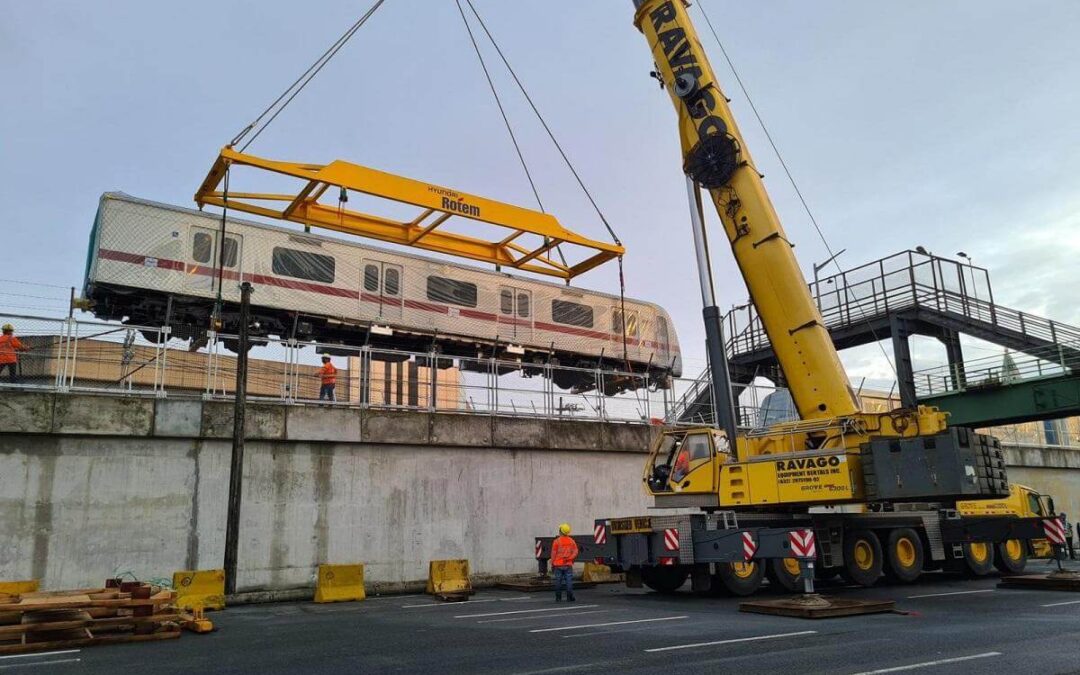 The trainsets consisting of three cars each were ordered from South Korea’s Hyundai Rotem, and were the first of six expected to be delivered by year-end.

After clearing customs at the Port of Manila, the train sets were dispatched to the MRT-7 tracks between University Avenue and Tandang Sora.

SMC, is the concession-holder for the project and is fully funding the construction of the 22-kilometer mass transit system that links up with the MRT-3 and LRT-1 and extends from North Avenue in Quezon City to San Jose del Monte, Bulacan.

The first trainset was delivered from the Manila port early Saturday morning and immediately set up at the site, with the second batch of train cars to be mounted by 2 am on Sunday, September 12, according to SMC president Ramon S. Ang.

“Our engineers and workers assigned to unload the trains have been at the site since early Saturday morning until the whole process was completed the following day,” he noted.

“We have to be very thorough during the whole process to ensure that it is done efficiently and quickly while inspections are continuously being done,” Ang added.

“We are working round-the-clock to meet the first test run by next year,” the SMC president stressed.

The MRT-7 project is 60 percent complete, despite pandemic restrictions and pending right-of-way issues.

The MRT-7 will reduce travel time from Quezon City to Bulacan to 35 minutes, a luxury for daily commuters whose usual trips take hours due to traffic congestion and limited transport options.

SMC ordered a total of 36 trainsets or 108 cars from Hyundai ROTEM.

“South Korea has one of the world’s best railway transport systems and these trains will put our transportation system several notches higher,” Ang pointed out.

MRT-7 will have electric power systems, computer and communications systems, signaling systems, and automatic fare systems, among others.