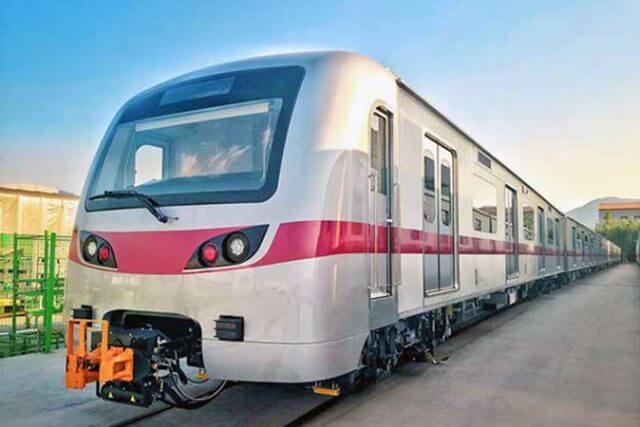 San Miguel Corporation, a Filipino multinational conglomerate has announced that the first batch of trains for its Metro Rail Transit (MRT)-7 project is set to arrive in the Philippines from South Korea next week, even as work continues for the completion of the much-awaited mass rail project.

Each trainset is 65.45 meters long – or well over the entire length of an Olympic-size swimming pool, which is 50 meters.

“The timely arrival of these brand new, high-quality trains from South Korea –known as one of the world’s best train and rail systems builders – is such a welcome development, and I believe holds a lot of significance. At a time when many are feeling uncertain about our country’s future because of the pandemic, this shows that the job of nation-building continues; that the work of improving our infrastructure, boosting our economic growth prospects, and investing in our country’s brighter future, also doesn’t stop – especially for us in San Miguel,” SMC president Ramon S. Ang said in a statement Wednesday, September 1.

Ang said MRT-7 has added complexities such as electric power systems, computer and communications systems, signaling systems, and automatic fare systems, among others.

Earlier, SMC reported that manufacturing of other important equipment needed for the MRT-7 which were all sourced from various countries has also been completed.

The first test run of the project is set for December 2022.