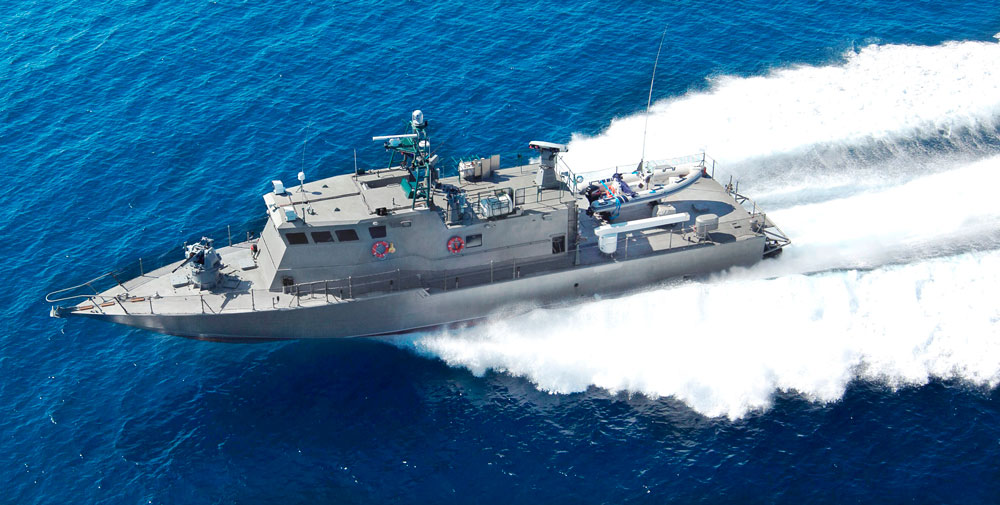 Philippine Navy chief announced the country’s acquisition of eight fast-attack interdictor craft missile (FAIC-M) boats developed by the shipbuilding firm, Israel Shipyards. This came after the firm released a statement saying it has awarded a contract to supply Shaldag Mark V fast patrol boats to an Asian country.
Three out of eight ships are to be delivered in the first quarter of 2022, the chief confirmed.
“The FAIC-M will be deployed initially in the Mindanao AORs (area-of-responsibility) where there is continuous operations against LTGs (local terrorist groups) and CTGs (communist terrorist groups). These platforms are best suited operating in these environments to act as an effective deterrent not only against the terrorist groups but also against other lawless elements operating in the littoral areas,” he added.
The Shaldag Mark V is a combat-proven boat designed for naval security missions with a high level of maneuverability and seakeeping.
Four of the FAIC-Ms will be armed with non-line-of-sight (NLOS) missiles with pinpoint accuracy and a range of 25 kilometers while the other four will be armed with machine guns and light automatic cannons.
The project is worth around P10 Billion which consists of two lots: Lot 1 is the acquisition of the naval platforms and the upgrade of the Cavite Naval Shipyard, while Lot 2 is focused on the acquisition of the weapons system of these FAIC-Ms which include remotely-controlled gun and missile systems.
In February, the chief revealed that due to the successful negotiations, the Israeli shipbuilder offered an additional one unit of Shaldak Mark V to the eight units initially ordered, without any extra cost to the Philippine government.