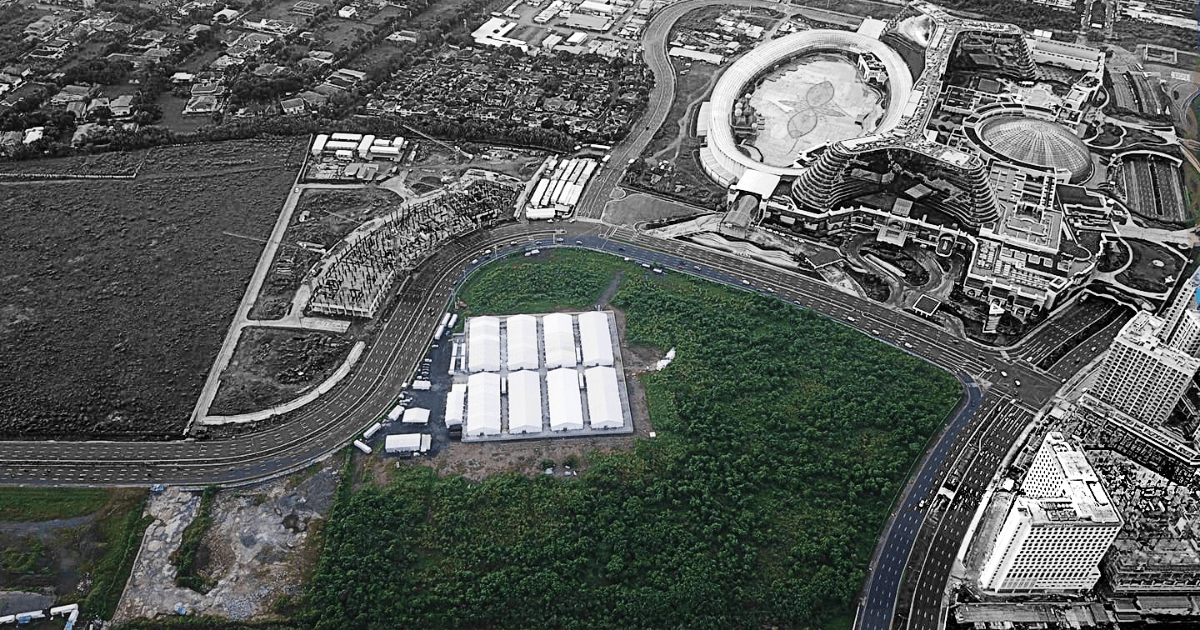 The planned construction of a mega vaccination facility on a reclaimed land owned by Nayong Pilipino Foundation (NPF) at Entertainment City in Parañaque City is causing a feud between the Duterte administration and the foundation itself along with environmental groups.
The facility proposed by the National Task Force Against COVID-19 is seen to help accelerate the implementation of the national vaccination program as it is expected to inoculate at least 12,000 individuals each day.
However, NPF raised legal and environmental concerns about the planned vaccination center, which would be built near the quarantine facility it has been hosting that is operated by the Armed Forces of the Philippines.
The foundation pointed out that the property is not a vacant lot but has a thriving urban forest that hosts a variety of urban wildlife and is the last remaining grassland in the reclaimed area of Parañaque.
“The abrupt cutting off close to 500 trees and other site works on the NPF property will kill the existing ecosystem,“ NPF added.
Responding to these concerns, the chief implementer of the National Task Force Against COVID-19 said that it must know the urgency of the situation the country is confronting, adding that the environmental issues aired were carefully considered.
The ICTSI Foundation of billionaire Enrique Razon Jr. who is in charge of the construction already got the services of renowned architect Felino Palafox Jr, the vaccine czar noted.
Razon has received government approval to construct an 8 to 10-hectare mega-vaccination facility in the city, ahead of the arrival of Moderna vaccines it ordered along with the private sector and the government.
The project will be constructed at no cost to the government.