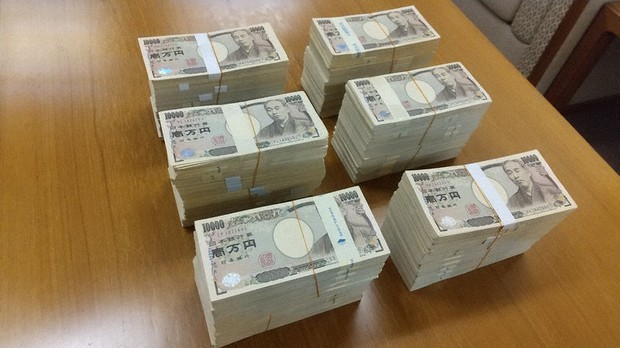 An elderly Japanese man has anonymously donated his life’s savings in cash to a city outside of Tokyo. He said the money was his savings since elementary school.
Surprising the staff, the man arrived at the government office, handed over his backpack with six bundles of 10 million yen each in cash.
Mayor Katsuaki Kamiji said in a statement he was “surprised and moved” by the donation, particularly during the hardship of the pandemic.
But this is not the first occurrence of anonymous donation in Japan during the pandemic.
Last year, a man appeared at Nara City Hall carrying a bag containing 30 million yen in cash. According to local media, he left a note inside requesting that the money be used to help the poor and fund education.
And elsewhere last year, a hospital in Kobe received five million yen in cash sent by mail by an anonymous donor.