Nonito Donaire back as world champion with KO win over Oubaali 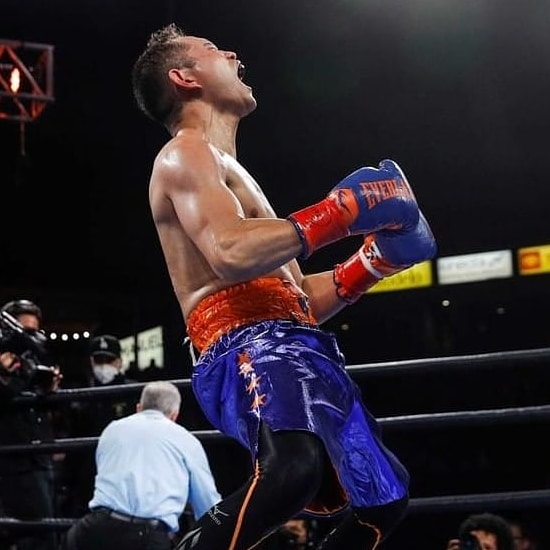 Nonito Donaire delivered a vintage performance, knocking out french boxer Nordine Oubaali in the fourth round to win the WBC bantamweight champion on Sunday (Manila time), May 30, at the Dignity Health Sports Park in Carson, California.
The 38-year-old Filipino boxing sensation became the oldest bantamweight champion in boxing history and dealt the French-Moroccan his first loss.
“Being at this age is not the question. It is my ability to grow. It is not what age you are, but how strong you are mentally,” he added. “I am back. The whole time I was not fighting I was learning. I am ready for the next one.”
Donaire knocked out Oubaali with a three-punch combination at 1:52 of the fourth round, prompting the referee to stop the fight.
Before the winning knockdown, the Filipino unloaded his left hooks sending the french fighter to the canvas twice in the third round.
“I know what his pattern was,” said Donaire. “I knew exactly what he was going to do. I was able to counter properly with the left hook.”
Donaire also known as “The Filipino Flash”, improved his win-loss-draw record to 41-6-0 with 27 knockouts, while Oubaali suffered his first professional career loss as he dropped to 17-1-0 with 12 knockouts.
He is expected to get a second bout against WBF, IBF, and The Ring bantamweight champion Naoya Inoue. Donaire lost to Inoue in a unanimous decision in their first encounter last November 2019 in Saitama, Japan.