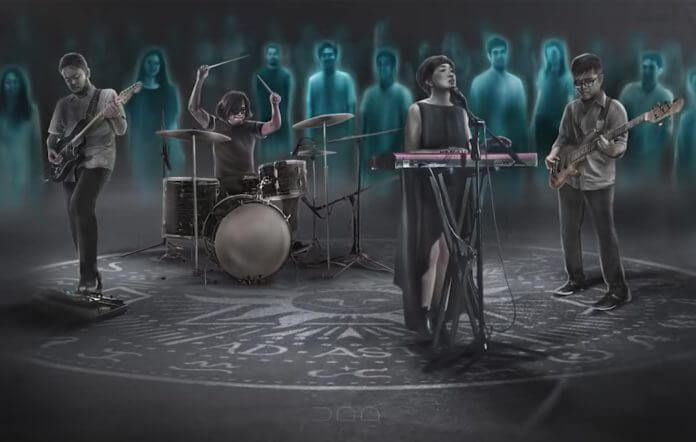 UDD, the Filipino band that wrote and recorded the song ‘Paagi’ as Trese’s theme song, will perform a virtual concert to promote the upcoming Netflix animated series.
They’ve revealed on social media that the virtual performance, dubbed the Not Alive Concert, will include fans as part of a “ghost audience” – a nod to Trese, which is about a detective who investigates supernatural crimes in a fictional Manila.
Fans who are interested in participating must submit videos of themselves to the event website, which will provide a ghost filter for their submissions.
The Not Alive Concert will air on Netflix Philippines’ Facebook page before midnight next Thursday (June 10) ahead of the show’s premiere on June 11.