SpaceX launches Sirius XM with a successful midnight-hour take off 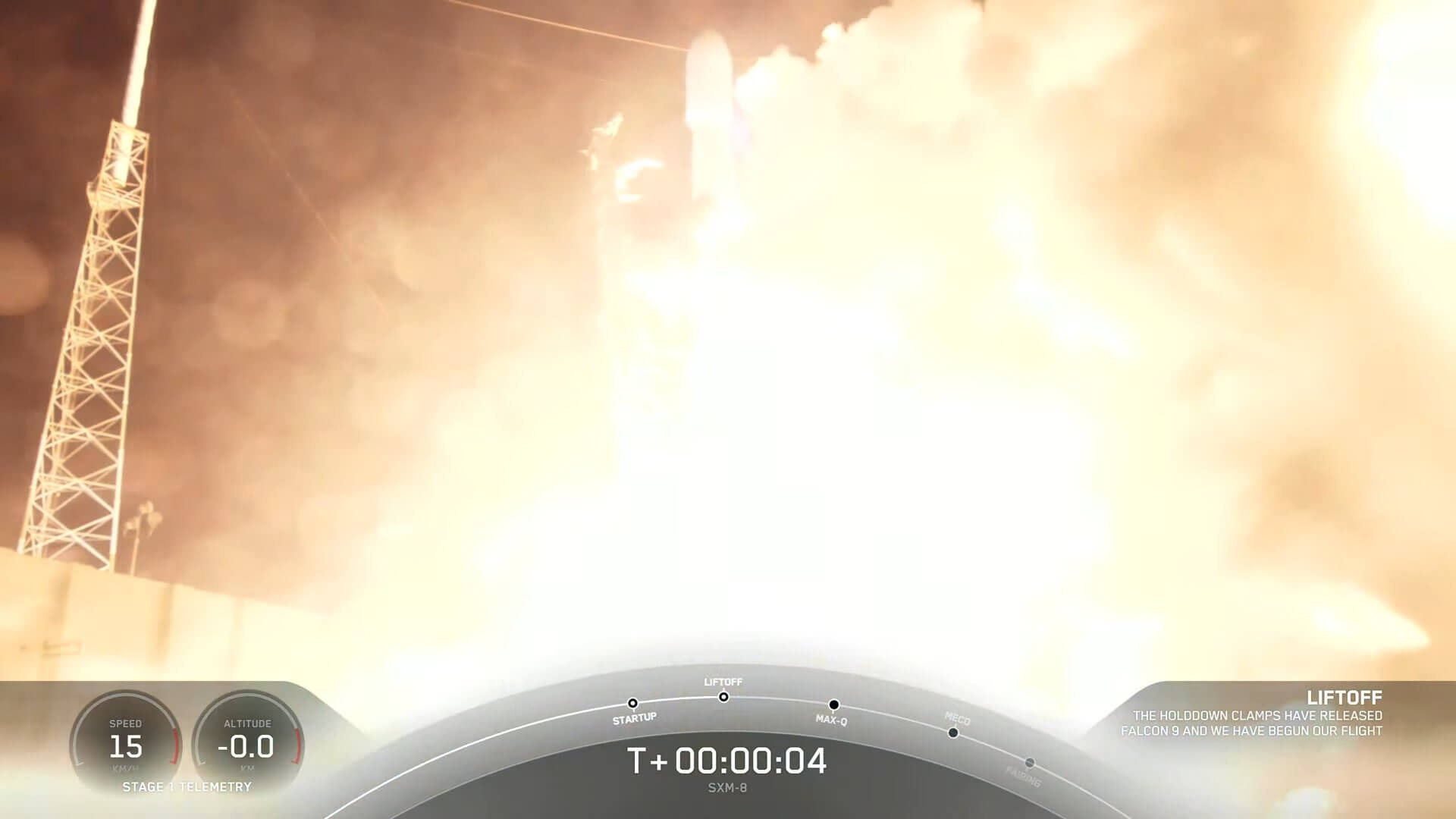 SpaceX launched a Falcon 9 rocket on its third trip to space carrying a high-power digital radio satellite into orbit for SiriusXM before returning to Earth. It took off on Sunday, June 6 at 12:26 a.m EDT ( 0426 GMT) from the Cape Canaveral Space Force Station, marking the company’s 18th Falcon 9 flight this year.
“We have a touchdown of Falcon 9,” said SpaceX’s Jessie Anderson during the launch webcast. “Today marks the 87th overall successful recovery of an orbital class rocket.”
Just three days prior, SpaceX had also launched a different Falcon 9 that blasted off from Pad 39A at the nearby Kennedy Space Center. It was loaded with a gumdrop-shaped cargo capsule bound for the International Space Station to deliver 7,300-lbs. (3,311 kilograms) of science gear and supplies.
Forecasters at the 45th Space Delta’s weather squadron predicted only a 60% chance of favorable launch conditions due to residual clouds leftover from some late-night storms on Saturday. Despite the iffy outlook, SpaceX was able to launch right on time.
The massive radio broadcasting satellite SMX-8 for this mission was successfully delivered by the 230-foot-tall (70m) Falcon, one of two satellites to be launched by SpaceX to replace the outdated ones currently in orbit.
SpaceX test-fired the veteran booster early Thursday morning (June 3) before the launch of a Dragon cargo mission at a neighboring launch pad to prepare for this flight. Following the test, the rocket was transported back into the hangar to be mated with its payload.
In May, the company launched four different Starlink missions, bringing the total number of its own broadband satellites launched up to 1,737.
SpaceX will next launch an upgraded GPS satellite for the U.S military scheduled to lift off from Space Launch Complex 40 at Cape Canaveral Space Force Station on June 17.