Phlippines’ international trade has doubled in April surpassing other markets 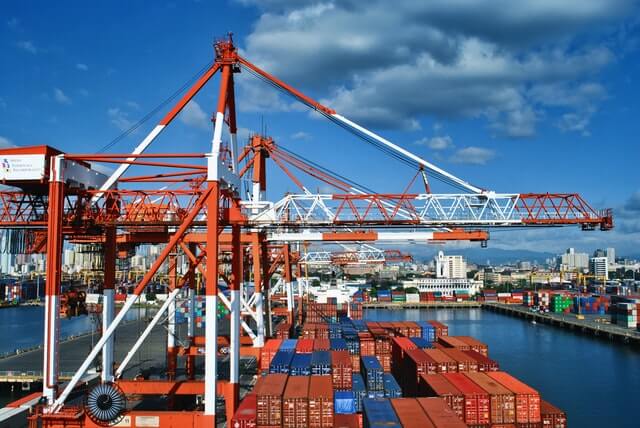 Total merchandise trade between the Philippines and the rest of the world more than doubled to $14.16 billion in April from a year ago, with both exports and imports increasing significantly.
The latest data from the Philippine Statistics Authority (PSA) showed that total external trade jumped 107.5 percent in April from $6.83 billion in the same month last year. Combined exports and imports slid by 54.8% year-on-year in April 2020 due to the stringent quarantine measures imposed at the start of the coronavirus (COVID-19) pandemic.
In April this year, exports grew by 72.1% year-on-year, while imports jumped by 140.9%.
Global trade weakened when countries around the world shut down borders at the onset of the mpandemic. Local manufacturers and consumers were placed under stringent movement restrictions and stopped 75% of the economy from mid-March to May last year, also affecting export and import operations.
Exports increased by 72.1% to $5.71 billion last April, up from $3.21 billion the previous year, reversing a 41.3% decline at the height of last year’s enhanced community quarantine (ECQ).
In a statement, Trade and Industry Secretary Ramon Lopez said that the latest export data showed that the country was gradually recovering from the negative impact of COVID-19, with numbers better than pre-pandemic levels.
Electronics—the country’s top export commodity—grew by 62.6% year-on-year, while ignition wiring sets and other wiring sets used in vehicles, aircraft, and ships posted the biggest increase of 1,237.6%.
Lopez said the 72-percent growth in April was the second consecutive month of positive year-on-year growth, following the 33.3 percent revised growth rate in March. This, he said, was the highest among select Asian economies surpassing even that of Japan’s 38 percent and China’s 32.3 percent.
In a report, ING’s senior Philippine economist Nicholas Mapa attributed the export gains to the resumption of regional manufacturing operations.
The Development Budget Coordination Committee predicts that goods exports will increase by 8% this year, while imports will increase by 12%.