Tropical storm Choi-wan leaves 3 dead, nearly P15 million worth of damage in agriculture in the Philippines 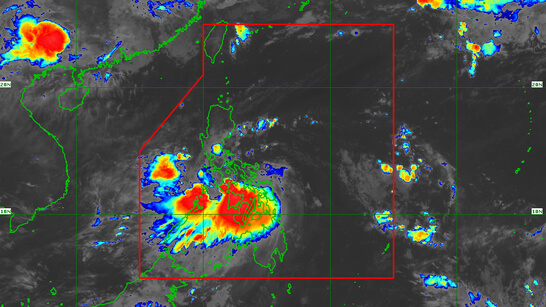 Tropical storm Dante killed three people and caused P14.6 million in agricultural damage as it lashed parts of Mindanao and the Visayas early this week, Philippine government agencies said on Wednesday, June 2.
The National Disaster Risk Reduction and Management Council (NDRRMC) said that aside from the three fatalities, there were two others who were injured while 1 went missing in the regions of Davao and Soccsksargen.
Authorities “continue to monitor” the situation, with the NDRRMC issuing warnings and reminders to local governments, said Malacañang spokesman Harry Roque.
The social welfare department has P1.105 billion in total standby funds, including P113 million worth of 222,382 family food packs, he said.
Meanwhile, according to the Department of Agriculture’s disaster response monitoring as of Wednesday morning, Choi-wan, locally known as Dante caused P14.6 million in agricultural damage, the majority of which was recorded in Mindanao.
This included 616 hectares of agricultural areas and 500 metric tons of production loss in Soccsksargen and Caraga regions, which were mostly rice and corn yields.