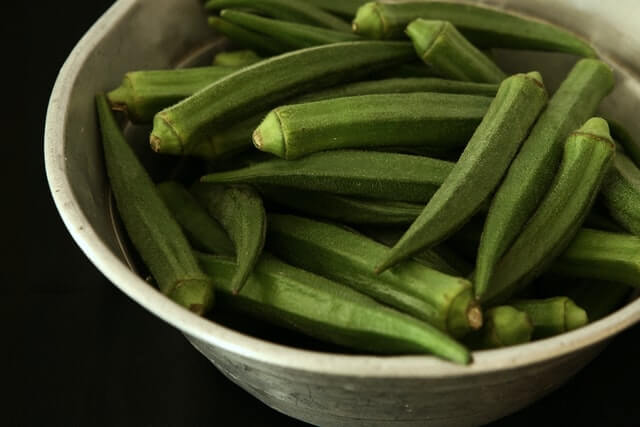 1,800 kilograms of okra were exported to Incheon in South Korea via flag carrier Philippine Airlines (PAL) on Sunday, June 6. The Philippines finally sent its first commercial okra shipment to South Korea after ten years of negotiations, Agriculture Secretary William Dar said over the weekend.
“This will strengthen our efforts to really support the high-value crops not only for local consumption but also for exports,” Dar said.
Okra was previously exported to Japan, and the exporter, Hi-Las Marketing Corp. and Jet Farm Fresh Produce has now made inroads into the Korean vegetable market.
A send-off ceremony was held Sunday at the PAL International Cargo Terminal to commemorate the expansion of okra exports.
Agriculture Secretary William D. Dar and Trade Secretary Ramon M. Lopez, as well as representatives from the Philippine Chamber of Commerce and Industry, the Bureau of Plant Industry (BPI), and the Philippine Okra Producers and Exporters Association (POPEA), were present to witness the okra shipment’s acceptance and cargo loading.
“Today’s cargo flight is a milestone for the Philippine agri-business sector. It reflects the business opportunities that new markets – like Korea – are currently giving the farming and export sectors,” PAL said.
According to Agriculture Attachè Aleli Maghirang in a report to Dar, the Korean government announced the completion of the ruling process for Philippine okra market access on May 6 through the official notification from the Ministry of Agriculture, Food and Rural Affairs (MAFRA).
In Korea, Maghirang said okra is not as “mainstream” as radish, cabbage, cucumber, potato, and sprouts, which are parts of many Korean dishes. Some Koreans eat okra as “banchan” (side dish), including “okra muchim” (seasoned) or “okra kimchi” (pickled/fermented).