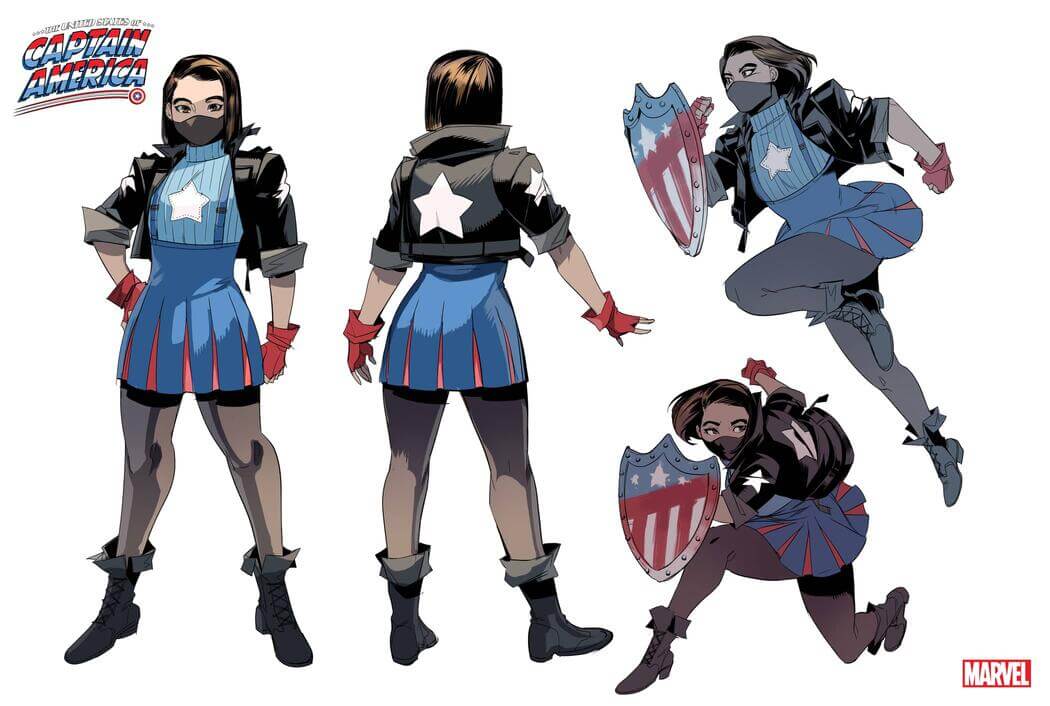 Marvel Comics introduced a new Filipina superhero named Ari Agbayani, who will make her debut in the fourth issue of the upcoming United States of Captain America limited series written by Christopher Cantwell and illustrated by Dale Eaglesham.
The series will show Steve Rogers go on a road trip across America with the Captain Americas of the past – Bucky Barnes, Sam Wilson, and John Walker – to find his stolen shield. It is in celebration of Captain America’s 80th anniversary and will launch its first issue in late June 2021.
The fourth issue of the series, due out in September, will introduce a diverse cast of new superheroes, including female shield-bearing superhero Ari Agbayani of Filipino descent, whose origin story will be explored further.
The scholar student’s intention is to show up and fight for justice in her college campus when her school turns a blind eye to students behaving badly – and “she’s not afraid to fight dirty,” according to Marvel’s website.
The local Captain America-inspired hero is created by writer Alyssa Wong (Star Wars: Doctor Aphra) and Jodi Nishijima (Teenage Mutant Ninja Turtles). Wong said that when editor Alanna Smith approached her about creating a new, local Captain America, she immediately knew she wanted to write a Filipino-American girl.
“Like the other Caps, Ari has a strong sense of justice and admires the ideals Captain America embodies. But the Captain America she’s inspired by isn’t Steve Rogers – it’s Bucky Barnes. Someone who hates bullies as much as Steve does, but is willing to use sneakier, shadier tactics to deal with them,” Wong added.
The United States of Captain America #4 hits stands on September 22. The cover is illustrated by Gerald Parel, with a variant cover by Peach Momoko.