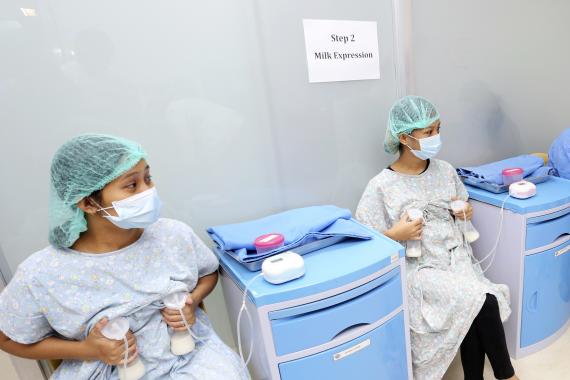 The Manila City Human Milk Bank provided pasteurized human milk to babies transferred from the fire-ravaged Philippine General Hospital (PGH) to city-run district hospitals.
A fire broke out at the Philippine General Hospital, the country’s largest COVID-19 referral hospital, early Sunday morning, May 16. A total of fourteen fire trucks responded to the scene. The fire was declared under control at 2:46 A.M. and was put out at 5:41 A.M. No one was reported hurt.
According to the Sta. Ana Hospital Director Dr. Grace Padilla, about 12 babies from the neonatal intensive care unit are currently under the care of Sta. Ana Hospital, two of whom were considered critically ill twins. She said the milk supply was sourced from the Justice Jose Abad Santos General Hospital, where the local government’s milk bank is located.
The doctor assured parents that all babies have name tags in order to avoid switching, and also assured their mothers that all babies are in proper condition.