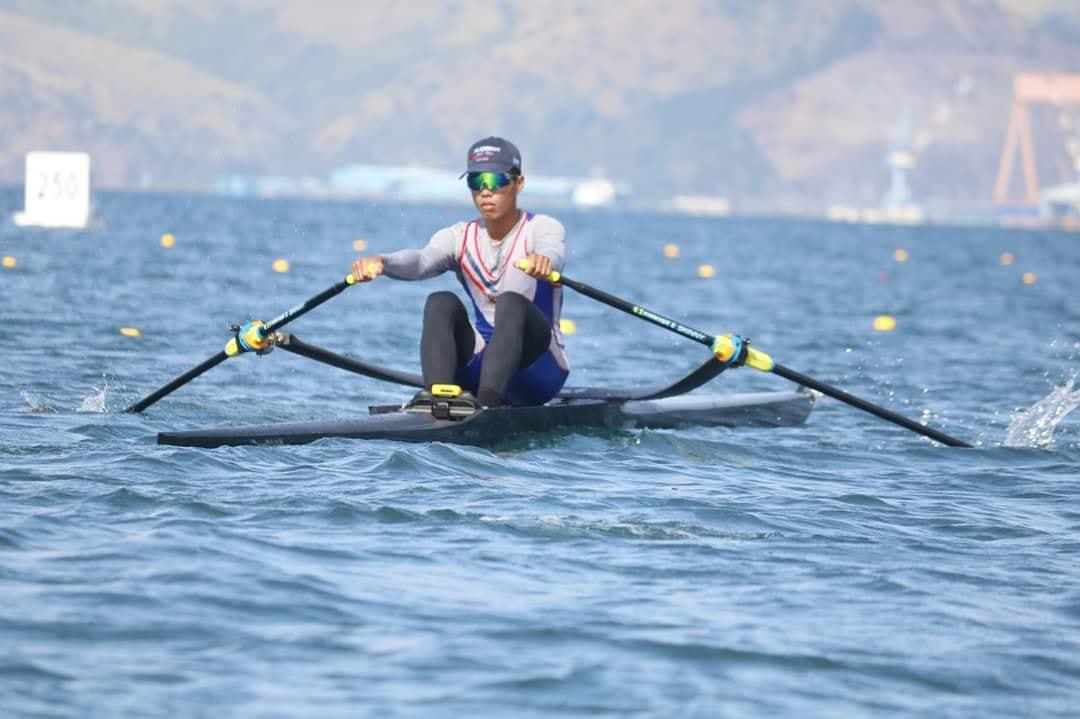 Filipino rower Cris Nievarez was just as surprised as the rest of the Philippine Rowing Association when the news came out he has secured a spot for the Summer Tokyo Olympic in July.
The World Rowing confirmed on Monday, May 10, the 2019 SEA Games gold medalist is qualified for one of the five slots in the Olympics and will be competing in the men’s single sculls event.
Nievarez and the rest of the Philippine rowing team thought their attempt for the Tokyo Games ticket in the 2021 Asia Oceania Continental Olympic Qualification Regatta in Tokyo, Japan was a failure after he placed only ninth overall in the men’s singles sculls. However, he received a berth since Japan, which secured places in four events, and Iran, which earned three podium finishes, were allowed only two seats each.
“This is a historic day for Philippine rowing,” said Philippine Rowing Association (PRA) President Patrick Gregorio. “Let this be the start of the growth of rowing in the Philippines.”
The 21-year-old gold medalist is the third rower to play in the Olympics after Ed Maerina (in Seoul, 1988) and Benjamin Tolentino Jr. (in Sydney, 2000).
Nievarez is the country’s eighth Filipino athlete to qualify for the Summer Tokyo Olympics, together with pole-vaulter EJ Obiena, gymnast Caloy Yulo, boxers Eumir Marcial, Irish Magno, Nesthy Petecio and Carlo Paalam, and 2016 Rio weightlifting silver medalist Hidilyn Diaz.
The Tokyo Olympics rowing competition is happening from July 23 to July 30 at Sea Forest Waterway.