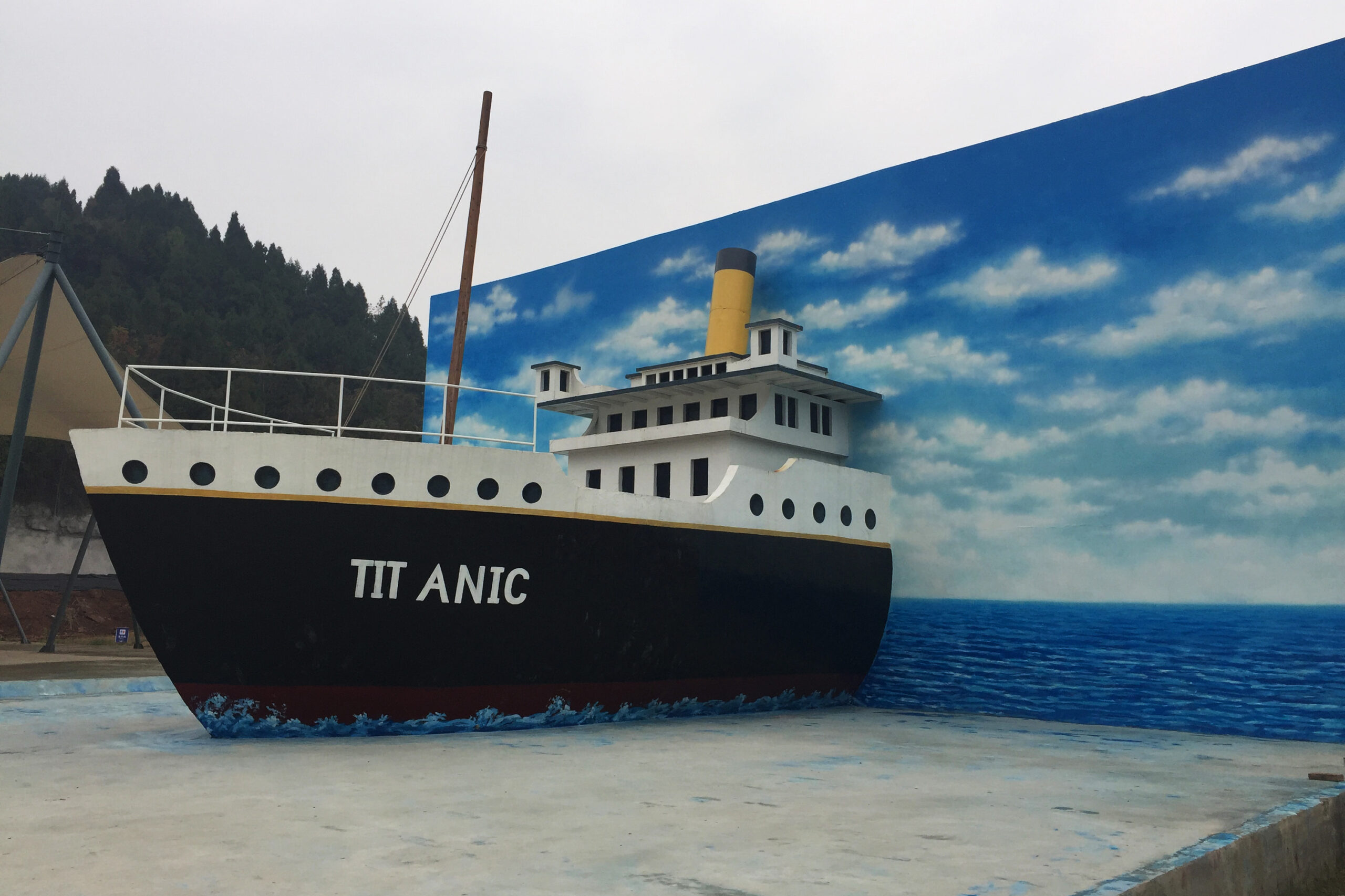 A theme park in China is close to offering a life-size copy of the infamous ill-fated vessel. A massive replica of the sunken ocean liner is currently being built in Sichuan province’s Daying County.
The replica is the same size as the original – 269.06 meters (882 feet) in length and 28.19 meters (92 feet) wide, the centerpiece of the Romandisea theme park. It will have the same amenities as its namesake, including banquet halls, theaters, observation decks, and a swimming pool. Guests will be able to pay to spend the night aboard the ship, which will be permanently docked in a reservoir in the Qijiang River, about 130 kilometers from the provincial capital Chengdu – several hundred miles from the sea.
According to reports, it’s taken 23,000 tons of steel and cost one billion yuan ($153.5 million) to build the replica.
However, China’s version of the ship is not the only proposed replica of the Titanic. Following a lengthy delay, Blue Star Line, an Australian company, announced in 2018 that work on the Titanic II would resume. It has been marketed as an exact replica of the infamous liner, with 835 cabins accommodating 2,435 passengers.
On April 10, 1912, the original Titanic set sail from Southampton, England, to New York. It was the largest passenger ship on the water at the time. It collided with an iceberg around midnight on April 14 and sank in less than three hours.