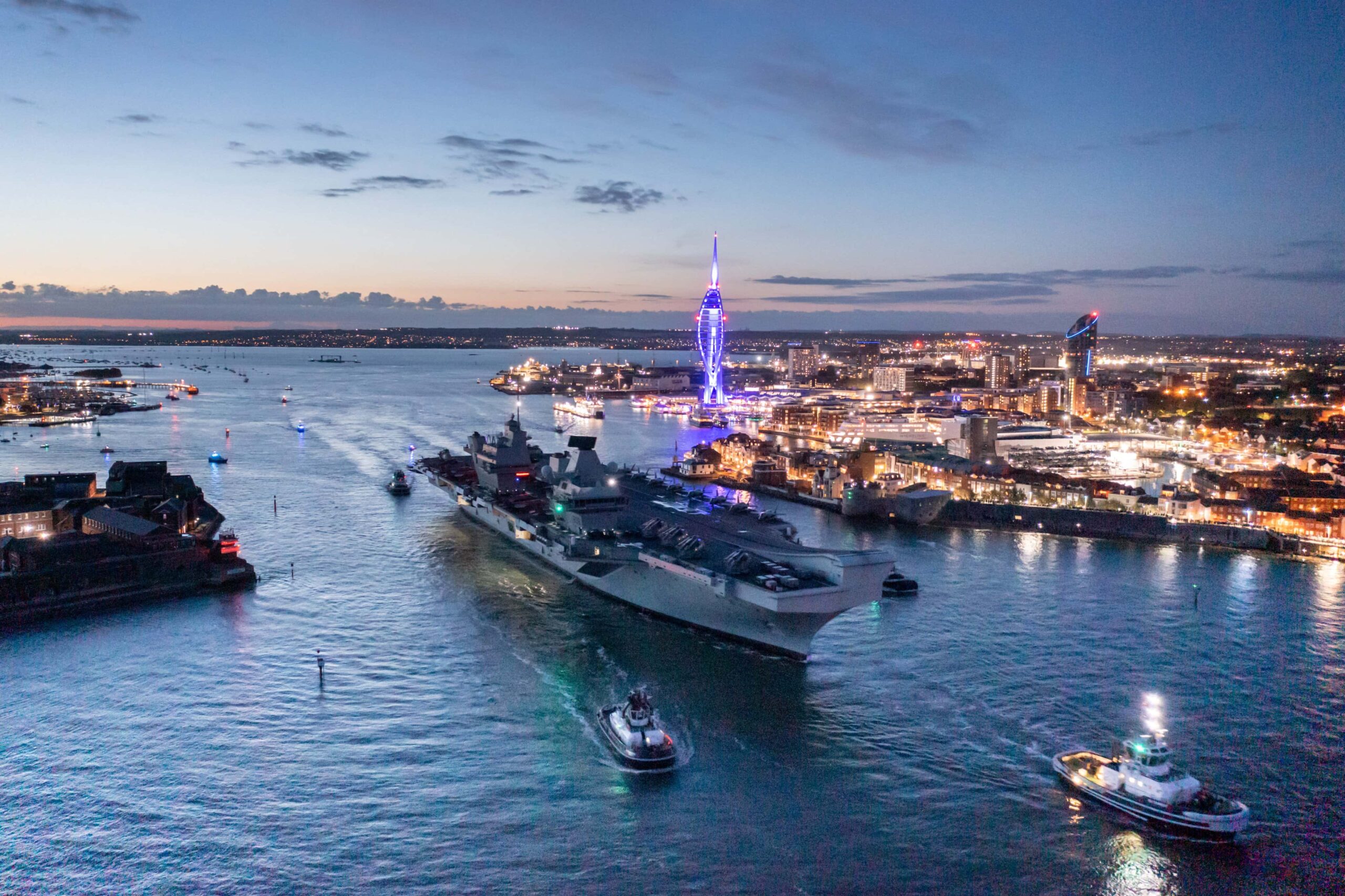 The United Kingdom will sail its largest and most powerful aircraft carrier, along with a fleet of warships, through the Philippine and South China Seas in what the Royal Navy calls its “most significant deployment” in the last 25 years.
The Royal Family, in a tweet, said the HMS Queen Elizabeth “will cover 26,000 nautical miles in 28 weeks, from the Mediterranean to the Philippine Sea”, as well as the South China Sea, the center of high tensions in the region due to competing claims by China and its neighbors, including the Philippines.
The 65,000-ton carrier will reportedly carry British and US fighter jets, as well as 250 US marines as part of a 1,700-strong crew. It will lead a fleet of two destroyers, two frigates, a submarine, and two support ships on the journey, which will be joined by a US destroyer and a Dutch frigate.
The Royal Navy earlier said the strike group will visit 40 nations including India, Japan, South Korea, and Singapore. Strike groups from other countries, such as Malaysia and Singapore will also be joining in the said military drills.
Prior to this, British Prime Minister Boris Johnson stated that the UK’s goal is to demonstrate to China that it adheres to the international law of the sea.