Origin of Philippine chocolates loved by Japanese, other chocolatiers, declared it as ‘Chocolate Capital’ 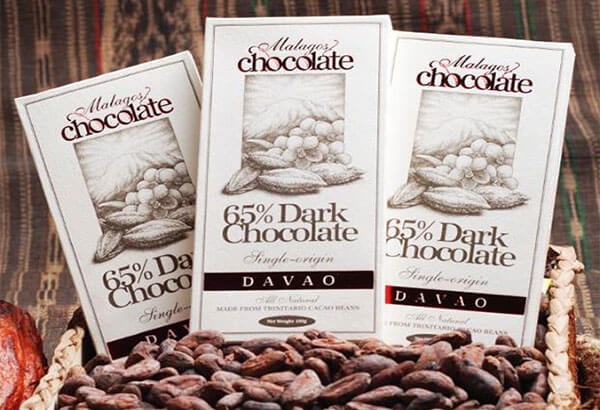 The Philippine government declared Davao City is now the “Chocolate Capital of the Philippines”, while the entire Davao Region is the country’s “Cacao Capital.”
President Rodrigo Duterte recently signed R.A. 11547, recognizing Davao’s reputation as the country’s top cacao producer as well as its contribution “in making the Philippines world-renowned and sought after by chocolate makers from the US, Japan, and Europe.”
The law recognizes the importance of cacao as a rural development driver that can boost the country’s export earnings, put the Philippines on the map for producing the best cocoa beans, and provide a living for small farmers in the countryside.
Senator Cynthia Villar, the sponsor of the bill as chairperson of the Senate agriculture panel, cited data from the Philippine Statistics Authority, which showed that approximately 78.76 percent of cacao’s annual production in the Philippines comes from the Davao Region.
“The Philippines has about 15,000 cocoa farmers nationwide. The bill hopes to make Davao City and the Davao Region become an inspiration and a benchmark to motivate other local government units to emulate,” Villar said.
According to the explanatory note in the previous Senate bill, cacao beans can produce cocoa nibs, cocoa liquor, cocoa cake, cocoa butter, cocoa powder, and chocolate confectionary blocks.
More than 20,000 hectares of cacao farms in the region, and Davao City has the largest area.
Davao City is home to Malagos Chocolate, which has won 28 international awards.