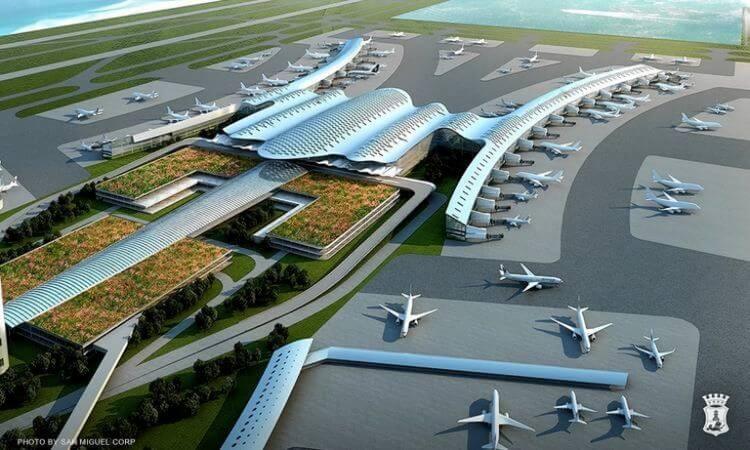 The P735-billion aerotropolis project in Bulacan of the conglomerate San Miguel Corp. (SMC) is seen to hold a groundbreaking event within two months, according to the Department of Transportation (DOTr).
The groundbreaking will mark the formal start of the project, which aims to eventually replace Manila’s Ninoy Aquino International Airport (NAIA) as the country’s main gateway and aims to decongest the country’s global air hubs. The new airport is also seen to serve a hundred million travelers yearly with its four runways, eight taxiways, and three passenger terminals.
The Bulacan Airport project was delayed due to the COVID-19 pandemic and missed an earlier target to begin in the first quarter of this year. SMC president Ramon Ang has yet to announce a new starting date, saying earlier he was avoiding making any announcement as rival interests might attempt to stop its construction. He said the project, which would rise on a 2,500-hectare site in Bulakan, Bulacan, would push through and would be completed within the term of the next administration.
SMC had awarded construction contracts to overseas fabricators who would build the airport components to be shipped to the Philippines for assembly.
On Friday, June 18, SMC was conducting clearing operations, securing right-of-way, and raising funds for the Bulacan Airport, the only new project to decongest NAIA.
The world-class airport is set to become operational by 2025.